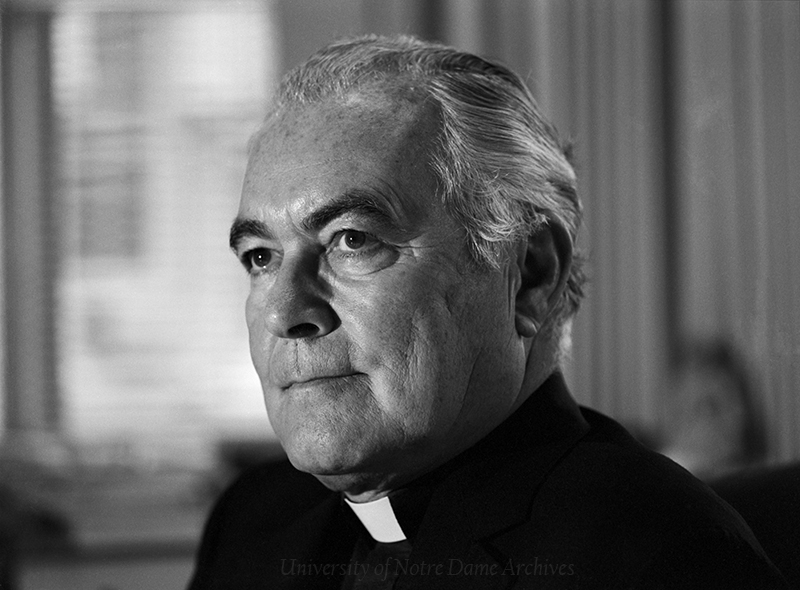 In those years we forged ahead on all fronts and, I think, made tremendous progress academically. Year after year we attracted better people, bigger grants, more endowed chairs, and raised our admission standards for students. We let it be known that we expected more from our deans, our faculty, and our students than ever before. - Father Hesburgh, God, Country, Notre Dame

As president, Father Hesburgh helped to transform the University of Notre Dame. Building on the vision of his predecessors, he took Notre Dame from a university best known for its football team to a serious academic institution, leading the way in Catholic higher education. As Richard Conklin wrote for Notre Dame Magazine in 2015,

In his 35 years at the helm Father Hesburgh transformed the Catholic school into an institution of international distinction, shoving and steering a place smartly described as a university trying to keep up with its president.

In the beginning of his tenure as president, Father Hesburgh sought to create a great Catholic university, and that is what he did.