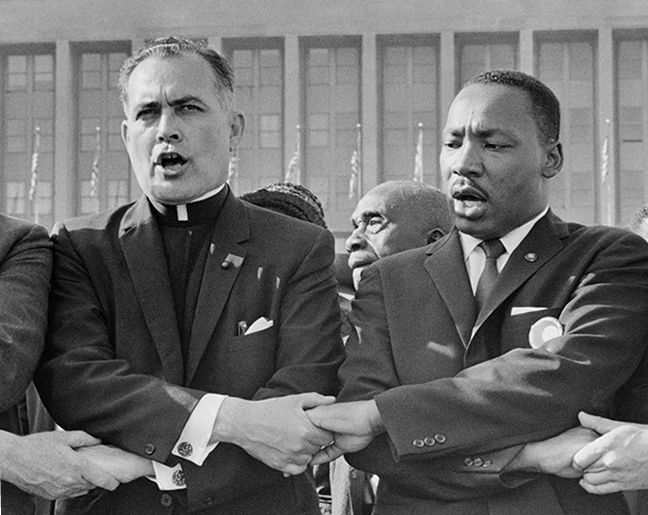 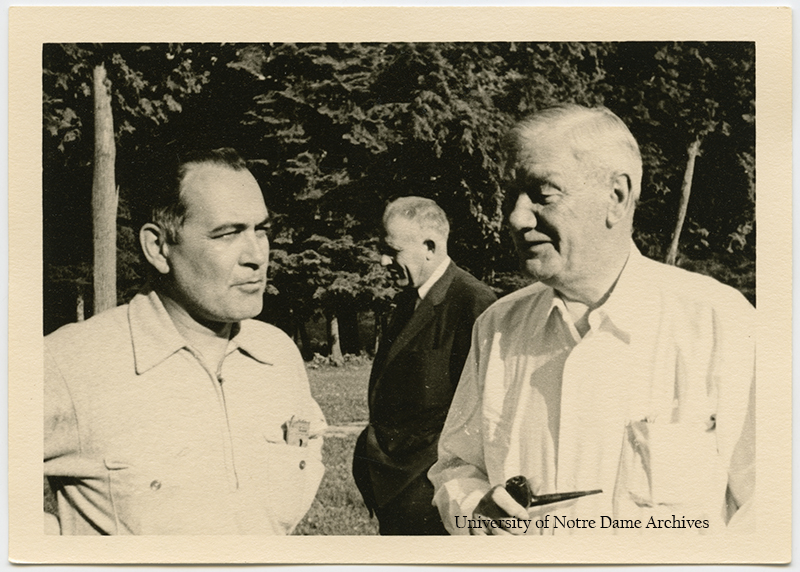 After the commission assembled the necessary staff to begin their work, they had a little over one year to complete their research and submit a report to the president and Congress. Through the course of the next year, the commission traveled around the country holding hearings on voting rights infringements, housing discrimination, and school segregation.

The commission conducted interviews and prepared to hold hearings. As most of the complaints they received regarded voting rights violations in the South, they traveled to Alabama, Mississippi, Florida, Tennessee, and Louisiana. African-American witnesses in these states testified about the many ways in which they were prevented from registering to vote. They were given incorrect information regarding where to register, had to wait in lines for hours, fill out long and complicated forms, had to find two registered voters to vouch for them, even if they could prove age and citizenship, were harassed, were threatened with or became victims of violence. White witnesses, who were called before the commission to speak, were often uncooperative, denying any form of prejudice or misconduct.

In 1954, in the famous case of Brown v. Board of Education, the Supreme Court determined that state laws were unconstitutional that provided separate public schools for black and white students. As the commission researched the state of public education in the South, they found that six southern states remained entirely segregated, and of the other southern states beginning to integrate their schools, progress was very slow. The commission held a conference in Nashville, Tennessee to discuss desegregation among the schools open to change. Cities and school districts making notable progress shared their successes and admitted the hardships in achieving it. Desegregation would require cooperation among various groups involved with education in a community-school boards, teachers, and parents-and a clear plan with open communication along every step of the way. The press would play an important role as well.

Complaints of housing discrimination took the commission to New York, Chicago, and Atlanta, where they held investigations and hearings. Only four states (Colorado, Connecticut, Massachusetts, and Oregon) and two cities (New York and Pittsburgh) had anti-discrimination laws in place with regards to the rental and sale of private and public housing. Most of the African-American population in Chicago and Atlanta, as in almost every other city, was limited to substandard housing in often congested areas.

Knowing the scale of the task before them, the commission members and staff began drafting the report as soon as their work began in 1958. They opened the report with the history of civil rights in America. Then they organized their findings into three chapters-voting, public education, and housing-each beginning with a background history. Each chapter included recommendations, which they would vote on. It was clear that all of the commissioners were in agreement about the significant harm done to African-Americans throughout history and nearly all agreed on the need for federal action to uphold their rights as citizens.

There was space for individual voices and differing opinions throughout the report. These appeared at the end of each recommendation, where appropriate, or in footnotes, and the very end of the report included general statements by the commissioners. But the commissioners agreed that it was important to present a largely unified report. The commission was largely in agreement over solutions to voting rights, but there was more division with regards to public education and housing recommendations. In those areas, the commission admitted there was still much to be learned and rather than suggesting any sort of concrete changes, they recommended further research be done.

One hot July day in 1959, when the commission was being prevented from holding hearings in Louisiana and had to prepare their final report for President Eisenhower and Congress, Father Hesburgh decided to suggest a much needed change of scenery. He arranged for all of them to fly to Land O'Lakes, Wisconsin, where the University owned 8,000 acres of land with 27 lakes. Father Hesburgh recalled,

Aboard the plane we settled right down to work on our final report. Hannah and the other commissioners huddled up in the front of the airplane. The staff members and I went to the back and started formulating the final resolutions, which would be the heart of the report. Our preliminary findings and conclusions already had been written in the cities where we had held the hearings.

In the evening, after working on the final recommendations for their report while on the plane, Father Hesburgh and the staff brought out the 12 recommendations to vote. Eleven of the 12 passed unanimously and one passed five to one. The commission officially submitted their final report in September of 1959.

President Eisenhower was shocked by the nearly unanimous vote on the recommendations in the report. Father Hesburgh recalled, "I told Ike that he had not appointed just Republicans and Democrats or Northerners and Southerners, he had appointed six fishermen. I told him about Land O'Lakes and he commented, 'We've got to put more fishermen on commissions and have more reports written at Land O'Lakes, Wisconsin.'"

Predictably, the report received mixed reviews. As a New York Times article stated, "worthy of serious consideration by all men of good will." In another editor from the Richmond News Leader, it was considered "a work of propaganda, conceived by modern-day abolitionists, and published with all the zeal of the intolerant tent evangelist."

There Wasn't Anybody Passing

We had a most interesting hearing, because if, again, Hollywood had done the type casting, they couldn't have had better characters testify. We had [...] dropouts from high school telling black Ph.D.'s from Tuskeegee University, which was down the pike, that they weren't able to vote because they weren't ready yet to have them vote. And we put these fellows on the stand and we really ran them through the hoops. Then we put the Ph.D.s on the stand and asked them what they went through trying to vote. As it turned out practically nobody was registered to vote in Montgomery, in the county there. And they had all kinds of cute tricks. Like they would have-once a month you could register. They automatically registered all the white people and a few others besides, in the cemetery I'm sure. But for the blacks, they had the registration say "from 4 to 5 on the first Monday of the month" in some God-forsaken place, and once the line formed up they would take one person and flunk him. Over the years 1600 people had tried to register, and all of them were turned down. There wasn't anybody passing, even the Ph.D.s who were on the faculty at Tuskeegee University. In view of the fact that Congress had said there was no evidence that people were kept from voting, we had an enormous mass of evidence when that hearing was over.

We delivered all the evidence to the local Federal Judge, Frank Johnson, and he then became the hanging judge. He was so incensed when he was read the record that he gave out a fantastic judgment, something we couldn't do because we didn't have any enforcing power. He came out with a really tough sentence, one of the hardest judgments I've ever read. He said, "I've been over this list, and you will register all these people forthwith, and you will set up registration booths, which I will supervise. And I want a list of everybody that has applied for registration and has been turned down and why. If there is any more monkey-doodle business in the matter of voting, I'm going to put you all in jail and throw the key away."

This one day I recall very well in New Orleans. I was interrogating a black dentist. He'd been in the service. He was a captain, actually, in the service. I think he had been to the European Theatre, he had his battle stars, and he was one of the ones that was wiped off the role. I said, "What did you do, Captain?" He said, "Well, I kept back, and there was this long line. And everybody saw me show up. All the blacks in the community figured if I couldn't get through it was hopeless, because after all I had been an officer in the Army and I was a professional man, a dentist." So he said, "Everybody put me up to the head of the line. I stepped up to the voting registrar and I said, 'I, for some curious reason, have been wiped off the rolls. And I undoubtedly am an American citizen, because here is my picture and my driver's license to identify me. Here is my discharge as a captain in the U.S. Army Medical Corps. Here is my income tax return from the federal government. And here is my certification as a dentist, and [I] belong to the professional society that dentists belong to. Now put my name back in the book. I am obviously an American citizen as much as you are, and I served in the service, and I intend to vote.' They said, 'Where are the two voters to vouch for you?' I said, 'Don't give me that. You've wiped out all the blacks and no whites will. Don't ask me to do something you set up so it can't be done.' They said, 'No vouching, no voting.'"

So I said, "Captain, I'm not going to make a big deal out of that. I take your story at face value and I believe it." I said, "I want you to go back. And I assume, since this is all on television, the people in your locality are listening to it and word will get to your voting people." I said, "I want you to go back there tomorrow morning and go to that registrar's office and tell them that you just came from this hearing, and they will know it because they will have seen it on television, and that you want them to register you forthwith to vote. If they don't register you, I want you to call me right away, and I will go to the President of the United States, who was a General in the Army, and tell him that one of his officers is being kept from voting in Louisiana. And I can promise you General Eisenhower will make things so hot for the State of Louisiana-the governor, the mayor of that city, the voting registrar, and everybody else-they'll wish they'd never heard of you." Well, he went back the next day and, of course, they put him through like that because I was making a public thing of this.